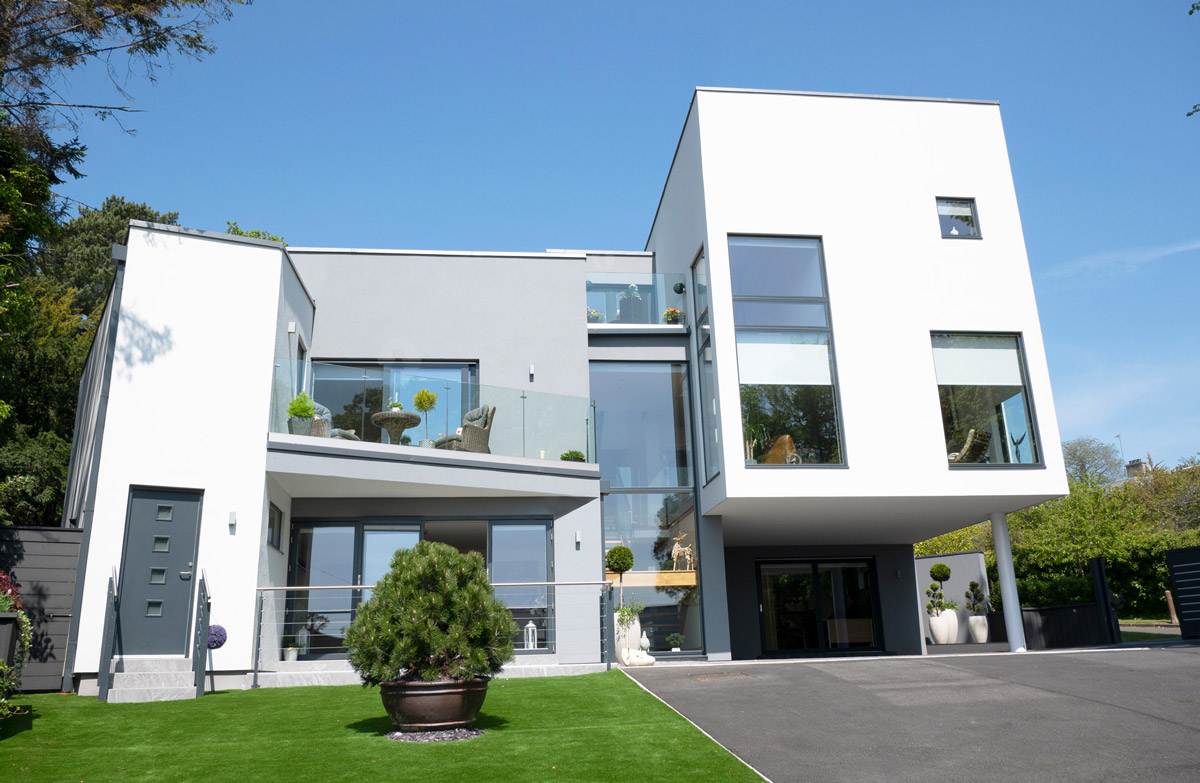 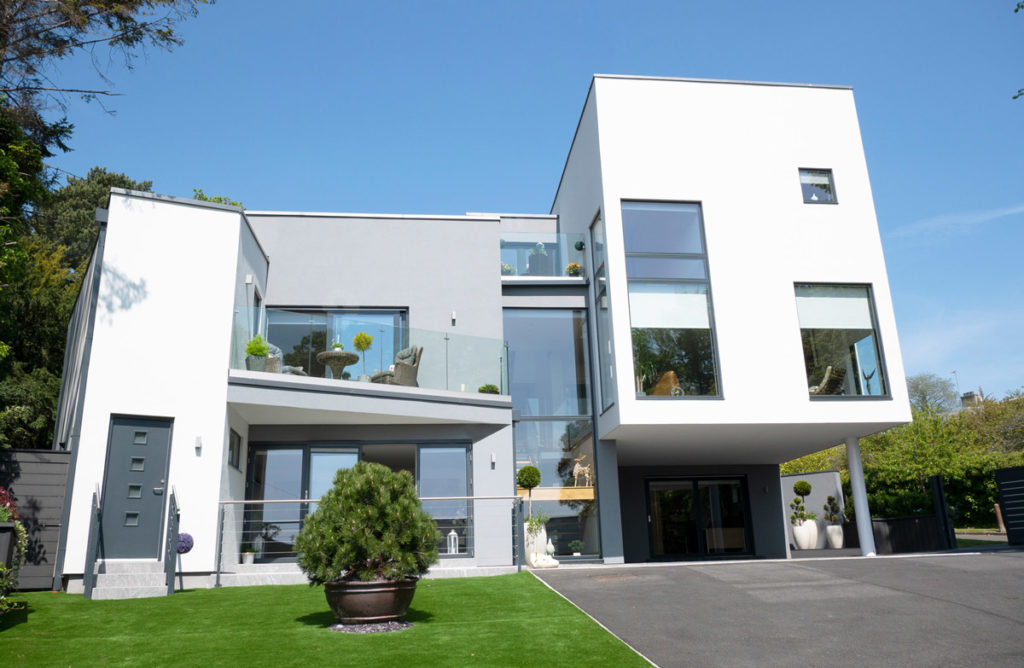 Trying to decide if you want a renewable energy system to deal with heat or electricity can be tricky, but is probably the best place to start. Heat will be the bigger bill but electricity the cheaper technology.

There is a third option, combined heat and power (CHP). This is a machine that has the ability to produce both heat and electricity from the same fuel and there are two or three options on the market. CHP has been around as a concept since the 1970s and is successful in the commercial and industrial markets. But at the domestic level, it is still not quite there.

The problem is that domestic-scale machines generally produce 1kWh of electricity for every 6kWh to 8kW of heat and therefore needs to run for a minimum 5,000 hours each year to produce a useful amount of electricity – which is way too much heat for the average house, or not enough electricity.

In the normal domestic situation, a boiler will be running for something less than 2,000 hours, and then not at full capacity for all that time. Until they have cracked the nut that is that ratio then it is a technology best ignored.

What have you got, what do you need

Every house, every building, needs both heat and electricity. Appliances, sunshine, just living in a house will produce quite a lot of heat. What proportion of the overall heat load can be provided by those natural means will vary with the thermal efficiency of the house and how it is lived in – this is what Passivhaus is all about. Electricity production will always need some technology, how much will also vary with how the house is used. If you work from home, maybe don’t work but still spend most of the time in the house, or you have kids in the house, then your electricity demand is likely to be higher than usual.

The ubiquitous answer seems to be to improve thermal efficiency of the house somewhere beyond building regulations and pop a few PV panels on the roof to supply some electricity. And, to be honest, it is not a bad answer. Improving thermal efficiency is always a good idea and PV panels are relatively cheap and easily available. They are often the only option available to the house and they do provide some protection against future energy price rises, so this solution is not to be dismissed.

Another common option is for an air source heat pump. Another good technology but it has to be used in the right way to be effective. Heat pump efficiency is called the SCOP (seasonal coefficient of performance) and for air source heat pumps this tends to be in the region of 2.5 to  3.5. That means that for every 1kW of electricity the machine uses, it produces 2.5kW to 3.5kW of heat.

Mains gas is currently around 5p/kWh and electricity roughly 15p/kWh so if the SCOP falls below 3.0 it is costing more to run the heat pump than it would to heat the house with gas. The potential for the SCOP to fall below 3.0 increases in winter (when the outside air temperature is lowest) and if the heat pump is used to provide higher temperature domestic hot water as well as space heating.

Mains gas is still quite cheap (comparatively) and difficult to ignore, but the RHI scheme still makes a heat pump conjunction with a gas boiler a financially viable option.

Being honest about why renewable energy is being considered is likely to lead to a more satisfactory solution. The most often quoted reasons are: reduce energy bills, future-proofing and/or reducing CO2 emissions (otherwise, concern for the planet). This last is likely to lead to a greater willingness to invest, or maybe a willingness to invest more greatly.

Reducing energy bills is best achieved by investing in the house itself – improving thermal efficiency. Future-proofing starts from that same place but is likely to move on to investing in electricity generation technology.

The fourth reason is the demands of the local authority planning department to incorporate some technologies. There are two ways of addressing this: do the minimum to satisfy the demand or, if it has to be done, embrace it and do it properly. It is easy to pop a few solar panels on the roof or install an air source heat pump. It will probably satisfy the local authority but without proper consideration, design, calculation they may not be the best idea.

Which is the priority?

Around 30% of the energy that goes into a power station arrives at the house as electricity, the remainder being waste heat and lost in transmission. It can be argued that producing electricity on-site does the greatest good. So, it can also be argued that reducing heat demand, and producing heat from renewable sources, can only be done on-site.

The priority then will vary with the property itself and the homeowner’s motivation. Building or renovating a more energy-efficient house – in both heat and electricity terms – is always a good idea, but beyond that, it does not really matter. If the renewable energy system installed suits the budget, the house and the people living in it, it will be the right system, whether it is producing heat or electricity.

Are there options to PV?

For the average homeowner, the answer is generally no. The options of hydro or wind power need circumstances – a lot of land, high winds, a river – not usually available. They both produce more electricity – £ for £ invested – and if those circumstances do exist then they are both worth looking at first.

Until you get to Passivhaus standards heat is still the biggest energy demand and therefore the area that grabs attention as it has the greatest potential to reduce bills. Heat pumps are becoming the go-to option with air source being the leader and in the right situation, i.e. relatively low heat loads, they are an excellent solution.

Biomass (wood pellet or logs) still have a role to play, especially in larger houses with high heat loads, but not so much for smaller, better-insulated houses.

Mains gas is still relatively cheap – cheaper to install and fairly cheap to run – but obviously not renewable. If it is available in the road outside it cannot be ignored and paired with renewable energy like solar thermal or an air source heat pump, can be the best option. It provides some income from Renewable Heat Incentive, a degree of future-proofing and takes the greatest advantage of the winter/summer dilemma – condensing gas boiler work best in winter where solar thermal and air source heat pumps work best in summer.

Technology for both heat and electricity storage are both advancing at a significant pace, but the reality is that there is still no good financial justification for installing a system – unless, of course, the house is off-grid. When the capital cost of electricity storage is taken together with its lifespan, it remains almost as cheap to buy electricity from the grid. Even at the cheapest end, the difference is not enough to make the difference. But the technology is rapidly changing, so keep an eye on it. 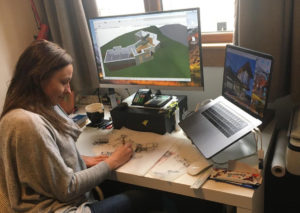 It is really difficult to consider finance in general as the implications are important and will vary with the individual homeowner and the property.

The Feed-in Tariff is now no longer available so any electricity generation system has to stand or fall on its own merits. The Renewable Heat Incentive scheme is still available to new applicants and the current rates are: biomass of 6.88p/kWh, air source at 10.71p/kWh, ground source 20.89p/kWh and solar thermal at 21.09p/kWh.

To some extent, the rates reflect the differences in capital cost but more accurately reflects what it is that the government wants us to invest in. How they arrive at that decision is a different matter, but it remains clear where the money is going to come from.

Making the house more energy-efficient, in both heat and electricity terms, is still the best possible investment. It will cost less, produce more and last longer than an equivalent investment in technology. It should be noted that the energy consumption of the average UK household has risen by a steady 4%, year-on-year, since 1950 when we started measuring these things.

It is the result of bigger houses, more and bigger white goods and more electrical equipment. Perhaps that is how we know we are better off than they were in the ’50s. As things stand the demand for energy continues to increase and it is difficult to see that situation changing. So, it can also be argued that anything we do to slow the advance, and to generate our own energy, has to be beneficial.

We would like to thank Tim for sharing his expertise on our blog. If you would like to speak to him about your low energy home project, he will be available for one on one consultation in the Advice Centre at the Homebuilding & Renovating Shows in 2019.