Cameron started with ACA in 2018 after 10 years at Patience and Highmore Architects in Edinburgh. During his time at P+H Cameron was Project Architect on a wide variety of building projects ranging from small extension/alteration works through to large scale new build commercial and housing projects.

In around 2000, during a visit to the recently completed Museum of Scotland building in Edinburgh, Cameron discovered his passion for modern building design and subsequently went on to study Architecture at the University of Dundee. After graduating in 2007, he worked at John Richards Landscape Architects in Edinburgh for a period where he was able to further his interest in the relationship between landscape and buildings.

As an Architect at ACA Cameron is responsible for overseeing the design and delivery of projects from initial design stages through to completion on site.

Away from Architecture, Cameron enjoys spending time with his family and following sport. He regularly plays 5-a side football, tries his best to play golf when time permits and has played a few games of squash in recent months. Other interests include listening to music and watching science documentary films/programmes. 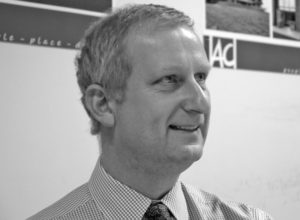