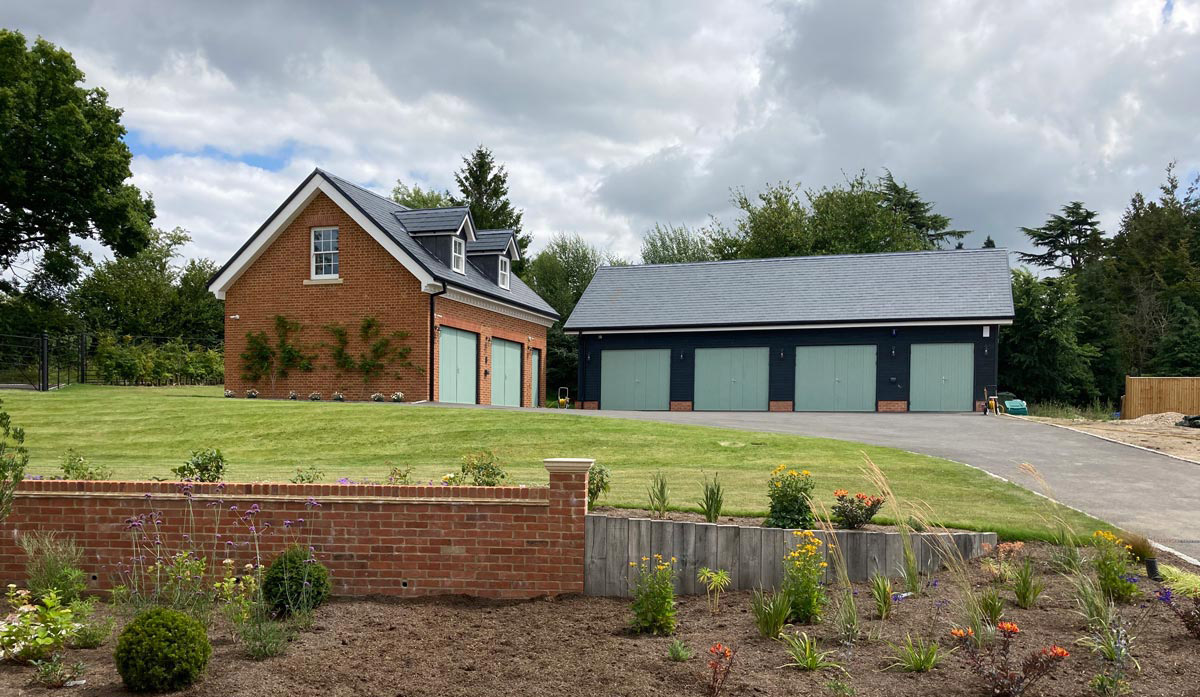 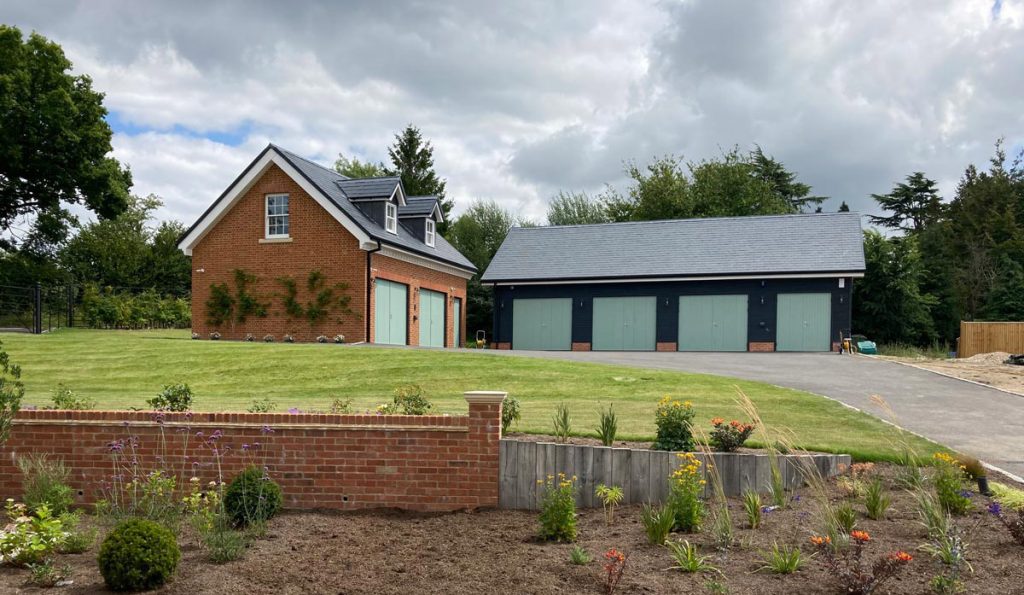 Home Energy Scotland can support your low-energy Self Build project

Home Energy Scotland helps people in Scotland create warmer homes, reduce their energy bills, and lower their carbon footprint. The organisation is funded by the Scottish Government and managed by the Energy Saving Trust, which aims to address fuel poverty and the climate emergency.

It is difficult to imagine a more current topic at the moment to tackle on our Self Build blog. We spoke to Bryony Peace, who has worked for Home Energy Scotland for six years, with three years spent advising on renewable technologies for domestic properties and new build projects. 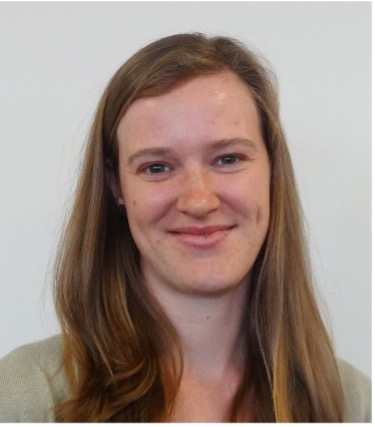 Before joining Home Energy Scotland, Bryony worked for Groundwork South, supporting householders both with efficient water use and getting the best out of domestic solar panel installations.

She is a fully qualified Domestic Energy Assessor with City & Guilds qualifications in energy efficiency and domestic renewable technologies.

SO HOW CAN HOME ENERGY SCOTLAND HELP SELF-BUILDERS?

Home Energy Scotland provides free and impartial advice for self-builders, both on the best technologies for your project and on the funding support we can provide to help you install renewable technologies at your new home.

Air source heat pumps and solar photovoltaic panels are the most popular technologies with our self-build clients.

Air source heat pumps are a full central heating system, providing space heating and hot water for the home. They are powered by electricity so are much cleaner and greener than a fossil fuel alternative and thanks to the clever technology they use, an air source heat pump should run at efficiencies of over 300% in a modern well insulated home.

A heat pump achieves this by drawing air across a heat exchanger to extract the available heat energy and then scale it up using the same vapour-compression cycle that is found in your fridge freezer. The result is that for every unit of electricity an air source heat pump uses, it can deliver around 3 units of heat into your home. This means that unlike other electric heating options which typically run at a ratio of 1 unit of heat for every unit of electricity, heat pumps are very cost effective to run.

Heat pumps work well with either radiators or underfloor heating, but underfloor heating can help a heat pump to run at maximum efficiencies. A lot of self-builders who are already looking to take the opportunity to install underfloor heating for its comfort and convenience are pleased to learn that it will also suit their renewable heating system very well.

Solar panels have always been a good option for householders with a significant electricity demand, and now that electricity prices are rising so sharply, more and more people are considering the potential to generate their own free electricity at home. For a self-builder, what better time to look at solar than while the roof is being built? Installing solar panels during the build gives efficiency savings as compared to retrofitting panels onto an existing roof and also gives the option of integrated panels which can be embedded discretely in the roof.

Then when the build is finished the homeowner can enjoy free electricity whenever the sun is shining. There are more and more ways to maximise the benefits to be gained from installing solar panels, not least of which is to combine them with an air source heat pump.

These are just two of the technologies that our self-builders install, for other properties a ground source heat pump, solar thermal hot water heating or a biomass boiler might be better options. These are the conversations that we can have with self builders as we look over plans together.

Through the Home Energy Scotland loan scheme, self-builders can access up to £17,500 in funding support to install up to two home renewable technologies.

At the moment, the interest-free loan scheme includes cashback funding of up to 75% for some technologies. For example, a customer who is installing a heat pump can claim £10,000 and get £7,500 as cashback, paying back just £2,500 over a five-year period with no added interest.

Householders can also apply for an extra £6,000 interest-free loan funding for battery storage. The funding is subject to availability, and the scheme runs across a financial year.

When you are ready to proceed, check for the currently available loans at Home Energy Scotland Loan page online or get in touch with us directly by phone or email.

To access this funding support, self-builders will need to submit an application and receive their loan offer prior to installing their chosen renewables technology/ technologies. The application requires a report to recommend these technologies, which the Technical Team and Home Energy Scotland can put together free of charge.

This report will take into account the plans for the property, how many people will live in the home and what will be the energy demands. Discussing these details early on in the planning stage means we can make sure the householder is armed with all the appropriate knowledge about the technologies which are best suited to them and their new home.

A key part of the support service offered by our Technical Team is the home visit, where we get the chance to see the home and talk to the householder face-to-face about their options for improving energy efficiency.

For self-builders, we still offer the home visit service, but this is usually done remotely. We can take a look at your plans for the property, discuss the options available and take you step by step through the funding process. We can do this over the phone or via video call, whichever is most convenient. A lot of support can also be offered by email, making the process as flexible as possible.

A couple of central resources that we typically signpost to would be our Renewables Installer Finder tool which is a fantastic resource for sourcing accredited installers to get quotes from and seeing how they have been reviewed and rated by our customers.

The second resource is our Green Homes Network, a database full of case studies from householders who have already installed renewable technologies, many of them in new build properties. The network is free to browse, and if there is a case study that you are particularly interested in, then you may be able to contact the homeowner to find out more or even arrange to visit the property. Below are some examples of our new build client’s projects and the renewables options they opted for:

Rather than restrict their architect to simply achieving current building standards, the Carters encouraged them to create a comfortable and future-proof self-build property – a “home comfortable for us and attractive to others should we have a need to sell it”. 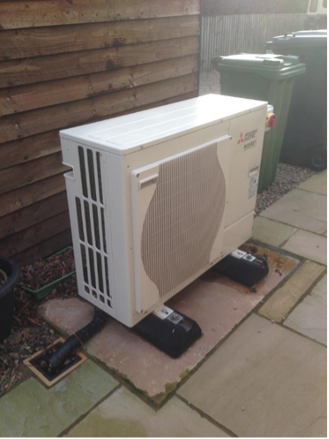 As Mr Carter says, “In our case, we were starting from scratch and have done several things we could do at little extra cost which would have been difficult or expensive to do later”. Being based in a rural location off the gas network meant investing in a renewable heating system was an obvious choice.

The Carters’ timber framed home, built in 2016-17, is heated with an air source heat pump, underfloor heating, and a log burner for occasional use. They chose the option of underfloor heating because, with a low-temperature water system, the size of radiators required would have been too large for their taste.

They also generate their own electricity with a solar PV system on their roof. The installation of a Tesla battery enables them to store any energy they don’t need for use at a later time.

Installing renewables as part of the build meant maximising the effectiveness of their renewables systems straightforward with heat loss and energy efficiency addressed at the same time; installing insulation, double glazing, zonal heating controls and A-rated appliances throughout.

Grant built his own energy-efficient home near Inverness during 2018 and 2019. It has an impressive Energy Performance Certificate (EPC) rating of B.

The modern design is built to Scotframe’s Val-U-Therm kit specification and the timber, which is fitted with K Rend external cladding, helps to keep the heat in.

Grant initially looked into installing a ground source heat pump because he had adequate land around his property. However, the space required for internal equipment was more than his planned utility room could accommodate.

Ian Rodger and his wife were retiring and having a new house built. They were keen to include renewables as part of the design of their new 3-bedroom home to reduce their carbon footprint and to save money over the longer term.

Ian got in touch with Home Energy Scotland and spoke to a home renewables specialist advisor, who talked him through which technologies would be suitable to install in a new timber-framed detached property, and what financial support was available to help cover the cost.

Ian then discussed these options with his builder and found a local installer in Galashiels. The builder hadn’t worked on a project with renewables before, so Ian worked with the builder and the renewables installer to make sure they could successfully deliver the project. They all worked together to come up with a time plan, taking into account planning consent and building warrant applications to the council.

The following renewable technologies were installed:

After six months of living in their new home, Ian and his wife find the property very comfortable and say the ASHP keeps it very warm. They are also very pleased with the solar PV system and see the benefits of having a south-facing roof.

On top of this, Ian and his wife are making financial savings. In March 2019, Ian reported generating 10kWh of energy daily from the solar PV system. Thanks to their battery storage system, they use all of this and don’t export any electricity back to the grid. Ian said, “In the 31 days of May, we have consumed just 129kWh (£20) from the grid. Many of the days, the consumption from the grid is zero. The solar PV charges the battery to 100%, and we consume that in the evening and overnight.” (These provisional figures have been provided in the early days of summer).

Ian and his wife said that the investment has been very worthwhile so far, and they reckon the payback period for their solar PV system to be around nine years.

We want to thank Bryony for her expertise. If you are interested in installing renewables in your Self Build, call Home Energy Scotland on 0808 808 2282 or fill out their online form.